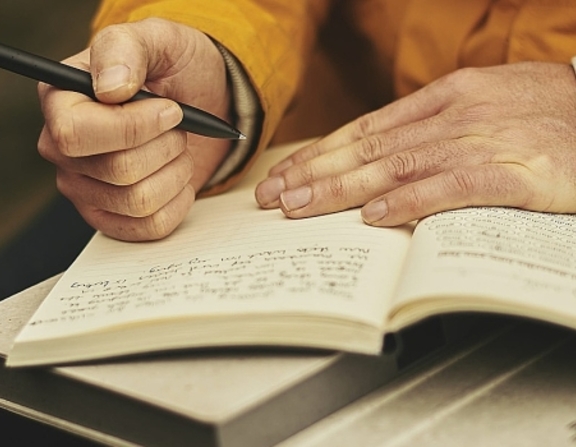 Writing for theatre is a mystery: in this multimedia era flooded with TV shows, podcasts and movies everyone knows dialogue: the exciting emotional expressions of people exchanging strong opinions and different ways of seeing the world.

But not every dialogue, even the wittiest ones, have the dramaturgical dimension: they work more as illustrations than poetic views of life’s struggles. Given that, what would be the most basic elements that could give dialogue dramaturgical dimensions? Consisting of three meetings, the Theatre Writing Workshop aims at elucidatingsome basic possibilities of creating this dramaturgical dimension through listening and dissecting radio plays and making small exercises and activities. The first two meetings are class-oriented; the last and third meeting will consist of readings of small sketches written by the participants. The main objective of this workshop isn’t writing the perfect dialogue, as it is informal and newcomers-friendly. What the Theatre Writing Workshop tries to achieve is a very elementary beginning and understanding of language, even to most vernacular one, as a tool for inner sight.

The workshop is free of charge but the registration is mandatory because of the limited numbers of participants. To attend the worhsop, register by sending an e-mail at rezidencija@pogon.hr.

The workshop will be led by Vinicius Jatobá, a short-story and theater writer from Rio de Janeiro, Brazil. He was chosen as one of the Best of Young Brazilian Writers by Granta Magazine. His stories have been translated to English, German, French and Spanish. His theatre sketches have been read and produced in France, EUA, Austria, Italy and Germany. In 2013, he was awarded the Icatu Prize for Arts and the National Prize for Drama City of Belo Horizonte. In 2016-17, he was an artist-in-residence at Cité Internationale des Arts and at Centre Internationale Les Récollets, both located in Paris/France. He won the 2017 portuguese Criar Lusofonia fellowship. In 2018, he was a literature fellow at Akademie Schloss Solitude, Stuttgart/Germany. He holds a Ph.D. in Comparative Literature.