A heightened experience of time 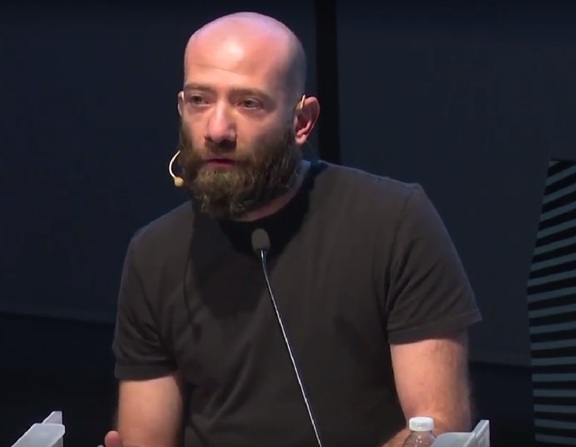 Foto: Nuqat / YouTube
Maan Abu Taleb is a Jordanian writer and editor. He is the founding editor of Ma3azef, the Arab world's leading online music magazine, and he holds a master's degree in philosophy and contemporary critical theory. His debut novel All the Battles was published in Arabic in 2016 and the English translation was published in 2017 by Hoopoe Fiction. Abu Taleb is coming to Booksa's Review of Small Literatures in Zagreb this December.
***
Your novel All the Battles tells the story of Sa'ed, a young businessman and fighter who finds himself caught between the world of advertising and the world of boxing ring. It literally shows all the battles Sa'ed is involved in – not only those in the ring, but also around the ring, in the gym, at his work place, within his family and romantic relations. What topics did you want to open with this boxing story?
Boxing just opened up to a number of themes I am interested in. Ageing, for example. The experience of realizing that one is no longer young, that one's body changes, or simply coming to the realization that another generation has arrived. Obviously this is universal, but it is hightened in boxing.
I also wanted to talk about the corporal experience. Boxing transforms you physically, both through training and injury, and at the same time it is quite cerebral. This is also something that happens in daily life, but again, it is taken to its extreme in boxing.
Violence was another thing obviously, both random and organized, and from there I wanted to explore the concept of fighting as salvation. They say battle is the great redeemer. We need redemption, my generation needed to fight, and we didn't. This is painful because we do have a cause worth fighting for. But look around you, to fight you either have to become a jihadi, or a soldier in a mercenary state army.
Also, what if, simply, that is what you're good at? What happens then? What happens to those who if they were born 300 years ago would've been war heroes, hacking their way to glory? Where would they be in a society like today's Middle East? My guess is that they are lost souls, good for nothing in today's commerce based societies, where courage is stupidity, and the ultimate risk is financial.
Defeat is another thing I'm very interested in. How do you exist in this world with a heritage of defeat? What does that do to you? Can you fashion a new victorious self out of that or are we doomed by the defeats of our fathers?
Talent was another thing I wanted to explore, and the sacrifices one has to make, the risk that has to be endured, to take on one's own talent.
In your talk A Sense of Rhythm you discuss similarities between sports and arts. Among other things, you say that rhythm is not only essential in arts, but also in sports, especially in boxing. How did you exploit that fact in your novel?
That is a running theme in the novel that comes across in some of the training and fighting passages, but its culmination is towards the end of the novel, when Sa'ed, severely battered and bruised, picks up the jumping rope. What he experiences there, with all that's happened to him up until then, is directly related to what I tried to articulate in A Sense of Rhythm.

It is not so much that I used that idea in the novel, it is the other way around. Working on the novel helped me develop this idea which I had a glimpse of from my own experiences in sports, and from studying philosophy, especially Heidegger. What I am trying to explore is a heightened experience of time that I think is fundamental to moments of brilliance in sports and art. It is interesting that in sports it is described in temporal terms, while in music it is described in spatial ones, in the definition of Tarab, for example.


You have been writing short stories and you published one novel. After writing a novel, how do you now see the difference between these two forms? Added to that, did your novel get more attention from English-speaking publishers and media than your short stories?
Yes, it did. And that is not a complaint. I was shocked, to be honest, when I was first contacted about getting the novel translated. It hasn't any of the themes western audiences want, or at least what publishers think western audiences want. No imprisoned atheists, no themes of liberation and exotic sex, no honor crimes, no martyred activists. My protagonist is not even working class. So I was shocked, but elated.
And yes, they are two different forms. I love short stories, some of my favorite writers are short story writers, and I want to continue writing them.
Your short story We Were Not Hungry shows a peculiar transfer of traumatic experiences from one family generation to another. It strikes me as a more violent version of Hamlet. Are family dynamics and personal traumas your general field of interest?
Family dynamics and personal trauma are certainly themes I am interested in. I'm not sure you can relate that story to Hamlet specifically, but then one can link anything to Shakespeare, and rightly so. I am more of a Macbeth guy, though.
You are also an editor-in-chief of Ma3azef, a popular Arabic-language webzine about indie music. Contrary to most of web-based media, you publish a lot of long-reads. Do you manage to reach the audience and hold their attention?
We're not about indie music. What we are about is music we find exciting, music we love. We couldn't care less if it came from a slum in Cairo, an indie band, or from some major label. We care about music that we find exciting and beautiful. That is subjective of course, but what isn't?
And yes, we've been publishing long form, and that is quite rare in Arabic at the moment. We're thrilled to see people reading these pieces. What we learned from trial and error is that, contrary to publishing norms in Arab press - which are very condescending towards its readers -  is that if the piece is well-written and carefully edited, people will read it. Arab readers are hungry for good content. I don't think many would disagree with me saying that the vast majority of Arabic writing today is terrible. Having said that, there is a new minor resurgence in quality. I hope we're doing our part in that.
You have been living and working in London, and you hold a master's degree in philosophy and contemporary critical theory from Kingston University. In what measure are Western publishing and academia ignorant about literature and philosophy of Arabic language?
They are ignorant, but I am not one to complain about it. Why should one demand that a French philosopher is knowledgeable about Arabic philosophy? He/she is trained in western philosophy, good for him/her. If I attend their classes, it is not me looking for inclusion, I am there to hear about Kant and Hegel and Heidegger. I am dipping into their world, not looking for mine in theirs. The last thing I want to hear is them pontificating about Al Jaheth or Ikhwan Al Safa. That I can read on my own, I can discuss with Youssef Rakha, and we can hopefully articulate thought that is informed, but not entirely formed, by western philosophy.