What softens a goblin's heart 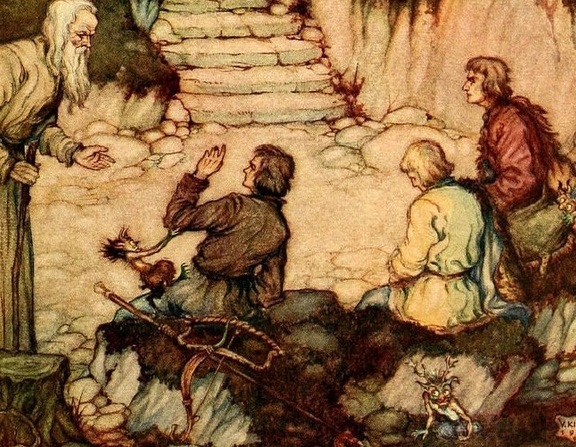 'How Quest Sought the Truth' (Illustrated by Vladimir Kirin)
This feature was produced in collaboration with European Center for the Study of War and Peace. It was written by Sarah Garcia.

We are all familiar with fairytales. All of the major movie corporations have ensured that these stories are perpetuated in our minds. Disney has ensured that tales like Snow White, Cinderella and Sleeping Beauty remain in our minds and a part of our childhood. They have been presented to us in picture books, novels, plays and films. While the stories may have been tweaked to add a futuristic setting or a more complex storyline, at their core they still hold to the basic tales that have been passed down for centuries.
But what about where these stories come from? The answer lies in the oral tales and songs that have been compiled and written down by authors like Jacob and Wilhelm Grimm, Hans Christian Andersen and Andrew Lang. These stories differ the ones that we are familiar with. The original versions are often darker and contain themes and lessons that are meant not merely for children, but for any age.
I have always had a certain fondness for fairy tales and mythology. I love the way that they can transport us to different places and different times. They also often offer insights into the ways that people look at problems, morals and character traits that they value and disparage; their fantastical natures and larger-than-life characters making us more open to receiving the lessons they are attempting to impart on us. Whenever I travel, I love to familiarize myself with at least some of the tales from the region. Recently, I have had the opportunity to read a collection of fairy tales based off of Slavic mythology entitled Croatian Tales of Long Ago by Ivana Brlich-Mazuranich and translated by F.S. Copeland.
The collection consists of six tales: How Quest Sought the Truth, Fisherman Plunk and His Wife, Reygoch, Bridesman Sun and Bride Bridekins, Stribor’s Forest and Little Brother Primrose and Sister Lavender. While some of the stories contained similar elements to tales I have read in the past such as The Fisherman and His Wife by the Grimm brothers, each of them is unique and enjoyable. They help to paint a picture of a diverse and dynamic region brimming with magic and mystery. I found myself drawn into the stories of fiery dragons, gentle giants, noble youths and past landscapes ranging from the coasts, valleys and rivers to frozen wastes and mountains. While all of the stories where enchanting, the two of them that I really connected with where How Quest Sought the Truth and Little Brother Primrose and Sister Lavender.
How Quest Sought the Truth followed the story of three brothers – Careful, Bluster, and Quest – who lived in the forest with their grandfather. The boys received a visit from All-Rosy who shows them the world and instructs them to "stay in the glade, and don’t leave your grandfather until he leaves you; and do not go out into the world, either for good nor for evil, until you have repaid your grandfather for all his love to you” (9). In a typical fairy-tale fashion all three boys forget what All-Rosy told them after being chased through the woods by goblins sent by Rampogusto, the Goblin King. Tricked by goblins sent to sway them and prevent them from remembering the truth, all three brother soon leave their grandfather: Careful leaves in search of wealth, Bluster in search of battlefield glory, and Quest in search of the truth he lost.
One of the characters that I found to be particularly unique was that of the goblin sent to torment Quest. Over the time the two spent together the goblin seems to form an interesting attachment and had a character arch that I have not seen very often in collections of fairy tales such as this one. How Quest Sought the Truth is full of humor and heartache as well as curious insights into the human condition and experience. It is a story about loss, death, forgiveness, and love. It also explores what can harden and soften a person (or goblin’s) heart. 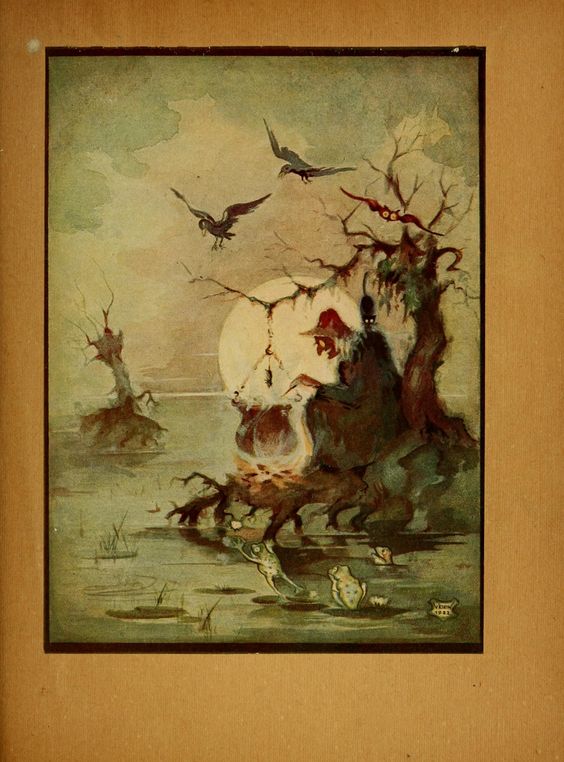 Little Brother Primrose and Sister Lavender tells the story of a kingdom ruled by a noble princess who flees the kingdom with her son after she was betrayed by her generals. A poor shepherdess took in the princess and her son and was given a golden girdle and cross with the charge to look after them until they came back. The shepherdess did so and when she knew she was going to die from sickness, she gave the items to her two children: Lavender and Primrose. Through a series of dramatic and somewhat comical events the two children each end up on Mount Kitesh which houses a number of evil hearted beings including the fairies, dragons and bears (oh my!) Meanwhile, the princess’s son, now grown, sets out on a quest to find the girdle and cross and bring them back to his mother. This story is filled with tales of temptation, valor, honor, and faith. It also maintains the powers of the innocent and the pure against the corrupt and vengeful.
The entire collection was engaging and challenging. The characters were humorous and realistic. The writing style itself was interesting and at times seemed to divert from the flow of the story with asides to the readers made by a narrating character whose existence we had been previously unaware of. The first time it was a little startling but after that initial one, they began to feel more like an old friend or grandparent who were telling the tale.
I also found some of the word choices to be amusing. For example: "... he was angry with them for making such a hullabaloo that he could not remember the truth. So he shilly-shallied awhile, and at last he said: ‘Well this is past a joke. I must get rid of these good-for-nothing loons.’ ” (15). I can’t say I’ve seen the words ‘hullabaloo’, ‘shilly-shallied’, and ‘loons’ used very often, let alone all at once within two sentences. While I understand that the process of translation can be difficult at times, F.S. Copeland certainly adds a bit of a fun and memorable charm to her translation of the collection.
The collection was first published in Croatian in 1916 and the translation was released in 1922. Ivana Brlich-Mazuranich is also known for her novel The Marvelous Adventures and Misadventures of Hlapić the Apprentice and its English translation The Brave Adventures of Lapitch. She was also nominated for the Nobel Prize in Literature four times. Her writing style has also been compared with that of J.R.R. Tolkien and it’s easy to see why. Even through the translation she creates intriguing worlds full of delightful characters and engaging plots. I enjoyed every page!