Početna > Vijesti > English > As bad as it gets

As bad as it gets 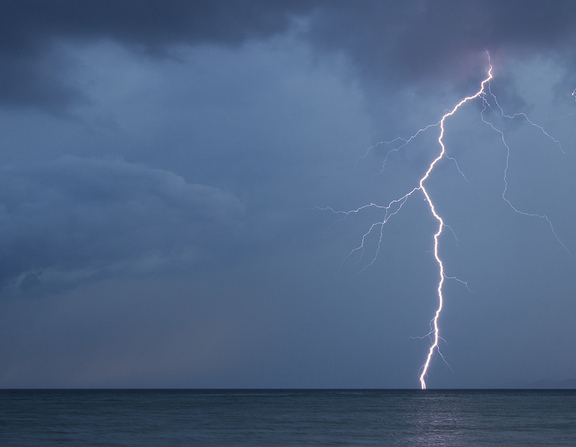 Can our contemporaneity fit into a novel if it is searching for an authentic life? Is friendship more important than money, and success than honesty? Is there love after all? Was that a new revolution or a collapse? – this, and a lot more, are some of Marko Krstić's questions in the novel Viktorija where he "immediately wants everything", or as the blurb says, "soul's poetry and thriller of life", poetry being a bunch of worn out sayings and cliches, and the thriller of life a listing of general places from everyday life, the this and thats of transition's whatever.

Through this "impossible match" (description of the novel, also from the blurb), we have a guide in the form of Mihajlo Lumbarda, a university professor, a bon vivant, an aficionado of the sea and everything Spanish (more precisely paella, mentioned hundreds of times in the novel), who returns from his holiday to find out his brother is being held in custody on charges of embezzlement for over a million euro. The brother has been religiously working on designing and building a bridge, his life's work that cost him his marriage, reputation and freedom. Naturally, the embezzlement story is a setup, friendships are betrayed, workers are starving, pulling off their fingers because their families have nothing to eat, and the worst thing for professor Mihajlo is that the bridge is unfinished because it is, after all, the life's work of his forty-year old brother, and a strong metaphor that should not go to waste.

It should be used, to the max.

Apart from being inhuman and pathetic (see two previous lines), Mihajlo is pretty untrustworthy as a storyteller. There he is, for example, describing a windstorm (another potent metaphor, anticipation of the thriller of life that is about to begin), and calling it "the most unpleasant and the most notorious of winds", while the wind is usually only part of a storm or a sudden sea storm (including also thunder, rain, big waves and the likes). Forget about the windstorm, that is not the blunder; unfortunately, there are plenty of illogical plot holes that are unnerving and give a sense of what kind of a novel this is. For a start, it is novel that underestimates its readers by robbing them of a consistent structure as a basic precondition for enjoying the text. Another one of those preconditions could surely be a certain degree of originality, which has been successfully contained by throwing around pearls of popular wisdom and cliches, such as, "life is what happens when you are making other plans", Murphy's Laws and other convenient punch lines that will blow your top off. Following these sayings, it is worth mentioning the dramatic endings to each of the chapters, morals, of sorts, for the readership, the most impressive one being the one about the bridge, and it would be a shame not to communicate that in full:

"Built in half, it was floating above the River. Monumental, with a central pillar that poked the sky, it was lying still, waiting for the construction to begin again.

Perhaps this strike is only the Promethean protest of the bridge. And these workers, who have been slaving for days, only a radical manifestation of its anger. A scream, because it is being born. The unliving wishing to breathe.

Before these dramatic endings, there are many comparisons and metaphors. Apart from the already mentioned Bridge (yes, at one point, it is capitalized) and the windstorm, there is also contemplation worthy of a literature university professor, so "life is a show that has a re-run every day"; prison gates are like "that big white cloud hiding the sun", while the tables are put together to "reignite the fire of unity." Also, as you might have imagined, Mihajlo, that great seafarer who does not know what a windstorm is, does not like the city, and thinks of it thusly: "Before me – there was the city. That large organism made of houses and buildings which swallows, chews, spits us up and digests. And it never stops, never rests."

Do not try this at home.

After you get over the initial frustration and the repeated sense of embarrassmentism (a moment where someone is embarrassing themselves, and you have to watch it, so you feel even worse than the person who is embarrassed), you reach a level of masochistic pleasure – looking for unusual (not in a good way) and childish comparisons, trivial reflections of Balkan everyday life in the happy marriage between crime, politics and the media, great loves appearing out of nowhere (yes, her name is Viktorija and she deals with "colours"), expressing emotions and "building" tension with exclamation marks, etc. Only after you overcome the initial shock and realize there is nothing to expect from the text in front of you, you could be amused with this bunch of letters. Political insinuation is present in several places, so ignore it, or else it could spoil the fun.

Last, but not least, just so you can hold on for a while longer until you get the book, a few examples:

(situation number one: Mihajlo arrives to a comfy bar with a fig tree in the courtyard that has recently been smashed; he meets Jovan, a chef who mostly cooks paella)

"Two friends, one next to the other.

(situation number two: great love of his life, her name is on the book cover, does a cameo)

"That woman has stolen the sea and put it in her eyes. And dipped a shell in her hair."

You can never be too careful. Seriously, do not try this at home.