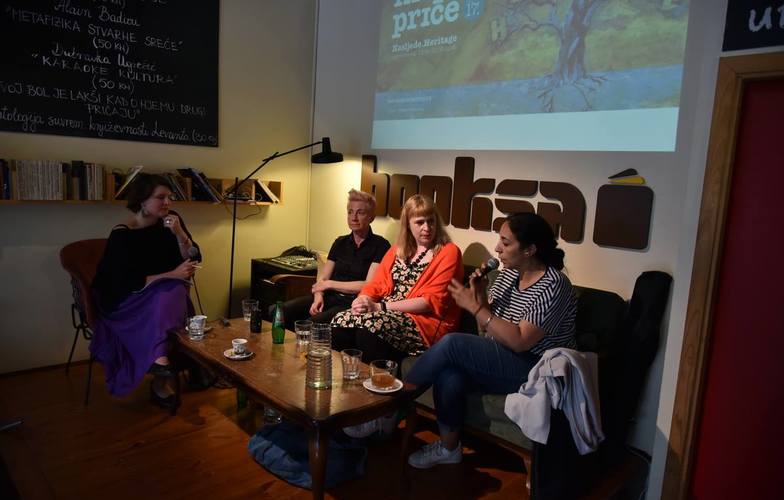 C. Cartier, S. Tratnik, J. Carson i R. Lamrabet (Foto: FESS)
A+ A-
Festival of the European Short Story (FESS) was started in 2002 as one of the first festivals in Europe dedicated to this literary form. To this day, more than 150 writers from 15 European countries have visited the FESS.
This year part of its program took place in the literary club Booksa in Zagreb. On 28 May the conversation Heritage of the Others featured Jan Carson (Northern Ireland), Rachida Lamrabet (Belgium / Morocco) and Suzana Tratnik (Slovenia) who discussed whether those different, those who are fewer in numbers, those who are vulnerable, those who do not speak, do not think, do not believe or do not look like us – have the right to their own heritage within societies. The conversation was moderated by Cyrille Cartier. You can watch it below:

On 29 May the Welsh author Carys Davies, who won some of the most important international short story awards (the Frank O’Connor International Short Story Award, the Jerwood Fiction Uncovered Prize, V.S. Pritchett Short Story Prize) talked on humor and restlessness, on reading and writing, on the art of the story and the art of the novel. The conversation was hosted by the writer Sven Popović. You can watch it below: